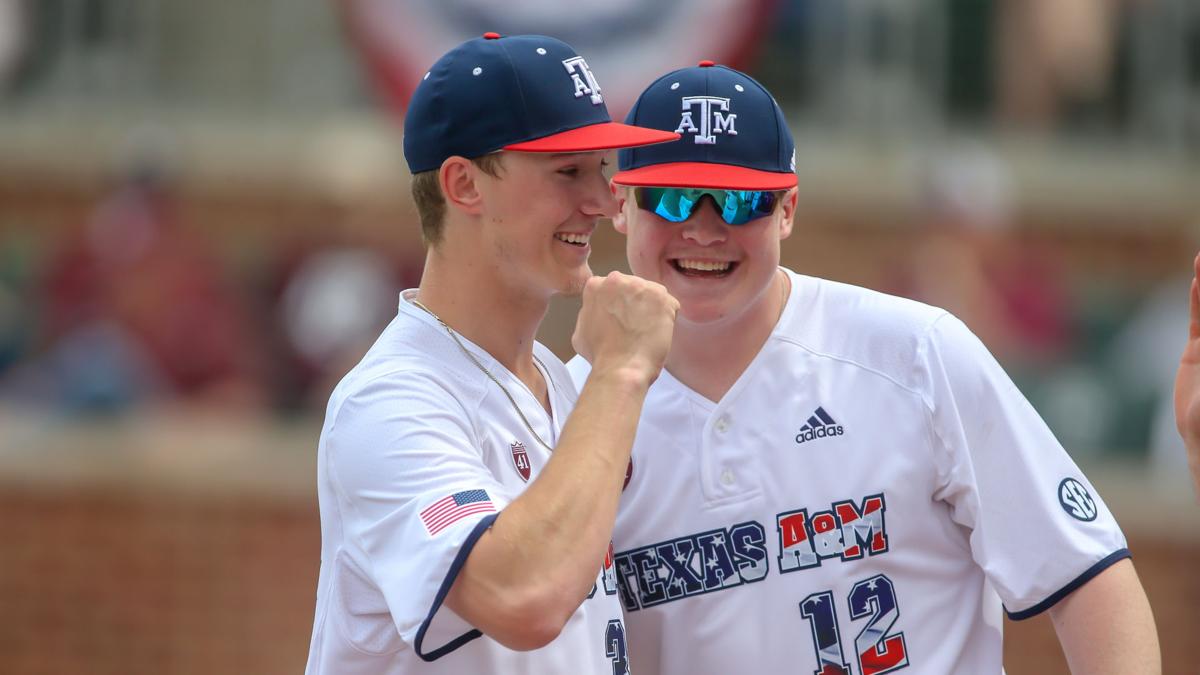 Texas A&M’s Bryce Miller, right, congratulates pitcher Joe Menefee as he walks back to the dugout against Gonzaga on Sunday at Blue Bell Park. Menefee tossed 1 1/3 scoreless innings and earned the win in the Aggies’ 3-1 victory. 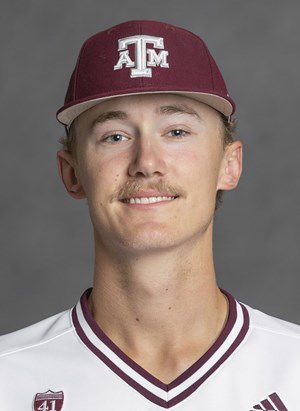 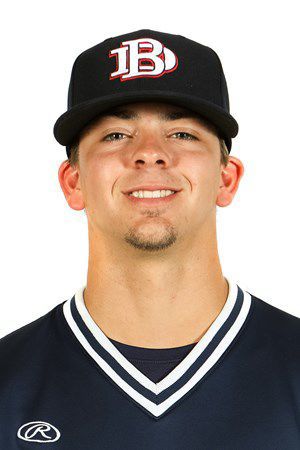 Miller and Carraway, an A&M Consolidated alumnus, were two of 70 players named to the list for the award given annually to the top relief pitcher in NCAA Division I baseball.

Carraway went 4-2 with six saves during his junior season with the Patriots, striking out 72 in 41 2/3 innings and posting a 2.81 ERA with a .195 opponent batting average.

Nine SEC players were named to the list, tops among conferences.