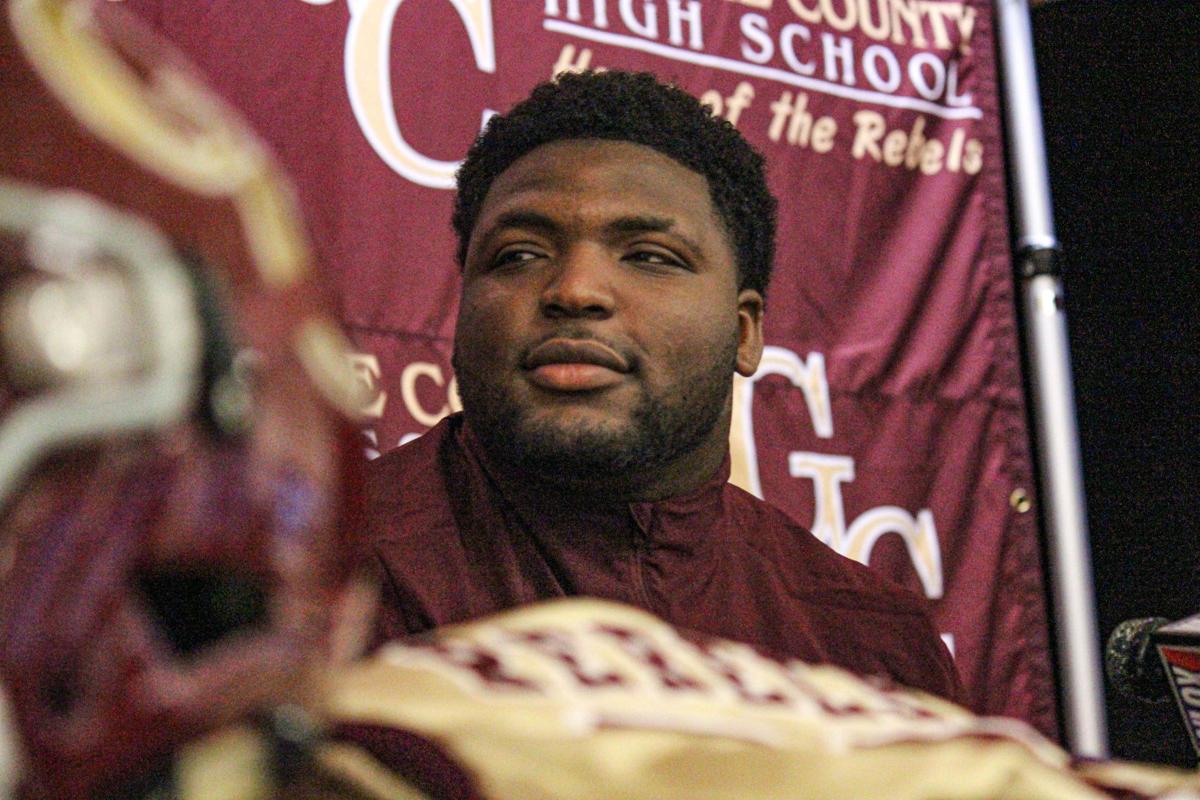 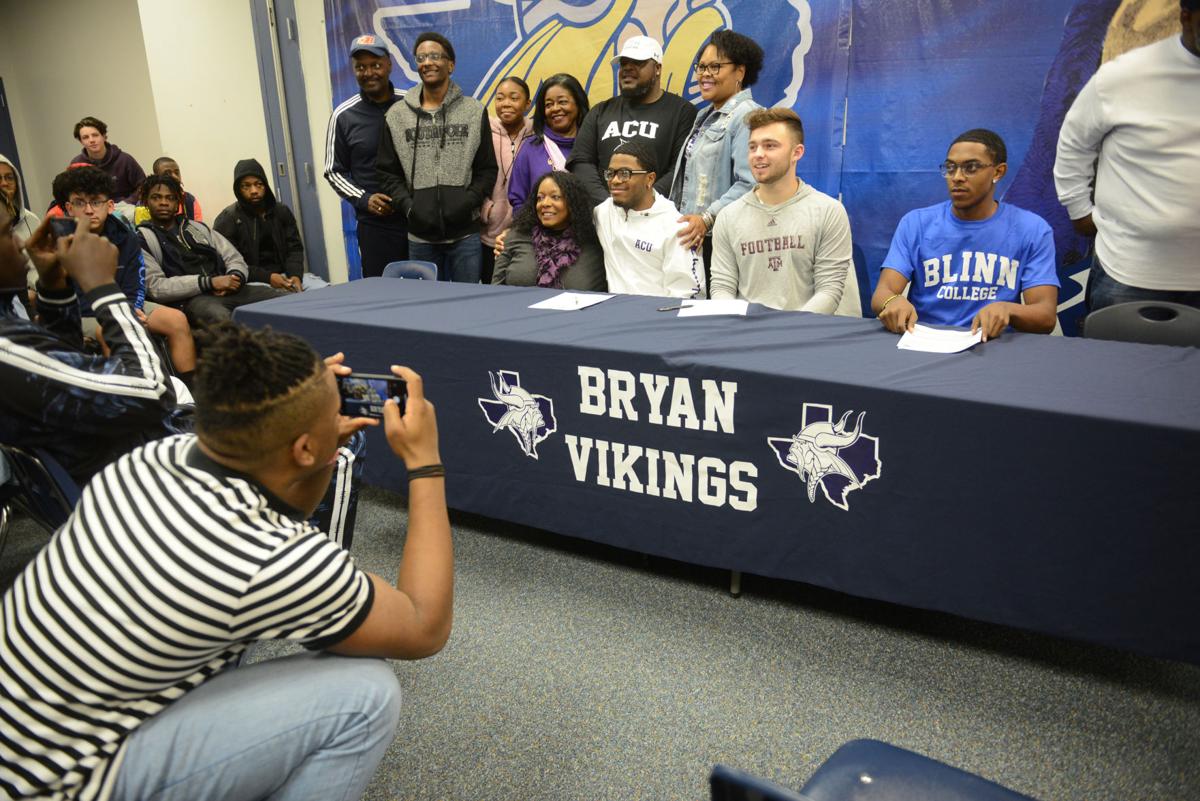 The Texas A&M football team hasn’t beaten Alabama since 2012, but the Aggies continue to narrow the talent gap.

“The guys who put their hand in the dirt both ways they determine [games],” A&M head coach Jimbo Fisher said. “You’ve gotta have great skill, you gotta have corners, you gotta have linebackers, but those guys up front when they can be disruptive, they cause fumbles, they cause negative plays, they have sacks. Then you have to double team and it frees guys up.”

The 6-foot-2, 308-pound Jackson had 80 tackles, 34 of them for losses for George Country High School this past season.

Jackson said there were those who wanted him to stay closer to home with Ole Miss and LSU in the mix.

“I stuck to it toward the end,” he told The Biloxi Sun Herald. “It’s been a lot of pressure, but it’s nothing I can’t handle.”

Jackson, who was committed for a time to LSU in 2017, said Alabama was his second choice, but picked A&M because of the school.

The 205-pound Cooper had more than 230 tackles in the last two seasons and had three defensive touchdowns this past season. He originally planned to go to Oklahoma.

“I just felt like I need more time,” Covington told the Times-Picayne of why he waited to sign. “Just having that gut feeling, I wanted to feel comfortable about where I was going.”

“We were on him for a long time and thought the world of him,” Fisher said. “Of course, you need depth there, but you take him no matter how many backs you got.”

Running back depth was a concern for A&M headed into the Texas Bowl with the only scholarship players being true freshman Isaiah Spiller and former quarterback Connor Blumrick. But the Aggies signed Fort Bend Marshall’s Devon Achane and Deondre Jackson of Stone Mountain, Georgia, in the early signing period and also received a commitment from Kilgore College’s Earnest Crownover. The group is now six strong because Fisher said wide receiver Ainias Smith, who had seven carries for 54 yards in the 21-14 victory over Oklahoma State will remain at running back.

“We’re going to leave him back there and let him play,” Fisher said. “He is natural back there as the day is long and can run that football. He’s 192 pounds right now and will end up being a 195-196 pound guy. He can carry it, but he also can go out there and not just catch the ball as a back, but can run routes. There’s a big difference in that in how you can match him up and the things he can do.”

Cooper, Hubbard and Jackson join the 22 players A&M signed in Dec. 13 of which are already enrolled.

A&M’s class had 14 from outside the state, by far the most in school history.

“We’re always going to recruit inside out in Texas, and recruit the players in Texas and target the guys we think we can win an SEC championship and national championship with and there’s plenty of them in Texas,” Fisher said. “And we recruited the heck out of ‘em. We got a lot of guys we wanted, a lot of top guys. But some guys, they don’t come here. Some guys go to other schools, they leave the state of Texas or they go to other schools. That’s part of recruiting.”

Fisher said they won’t limit themselves to the Lone Star state.

“We’re in a global world now,” Fisher said. “You [can] build that Texas A&M brand outside of here and people really see what this school has to offer. Like I said, from a cultural standpoint, from the academics in which you have, the commitment to athletics, for the coaching staff we have here. The way we’re building things, the 12th Man, all the things that go on in life after ball. Texas A&M is very attractive and kids are willing to see that and get involved.”

Several Brazos Valley players signed Wednesday in the period that runs until April 1.

NOTES — A&M will open spring football drills March 23. A&M’s NFL Pro Day will be March 24. The spring game will be April 18. … Fisher said he didn’t know for sure Jackson would sign with A&M until he picked up the Aggie hat. “You never know,” Fisher said. “I’ve been in this business a long time, until they actually say it and send in those papers, you’re a nervous wreck.” Jackson as a freshman went to one of Fisher’s camps at Florida State. “He put on a show that day,” Fisher said. … Fisher’s son, Trey, signed with Tennessee-Martin. The 5-11, 175-pound quarterback played at Godby High School in Tallahassee.  … “It was good, it was a very good day for him,” Jimbo Fisher said. “He had some choices of schools. It was fun to be a dad and be on the other end of that.”

As Texas A&M head coach Jimbo Fisher was putting a bow on recruiting his 2020 recruiting class through the last two months, he was also forced to recruit a few prospects approximately 20-years senior of those signing Wednesday.