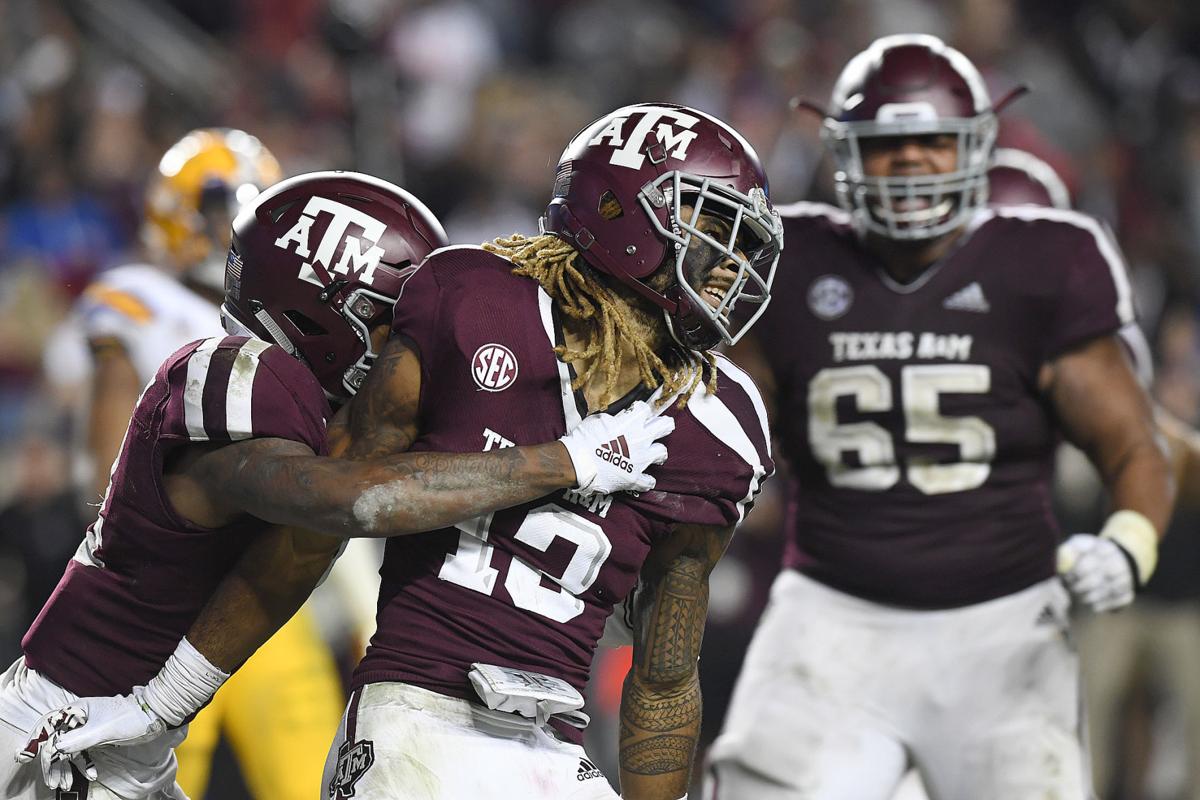 Texas A&M’s Kendrick Rogers, center, celebrates with teammates after catching the game-winning two-point conversion pass in the Aggies’ 74-72 seven-overtime victory over No. 8 LSU on Saturday at Kyle Field. 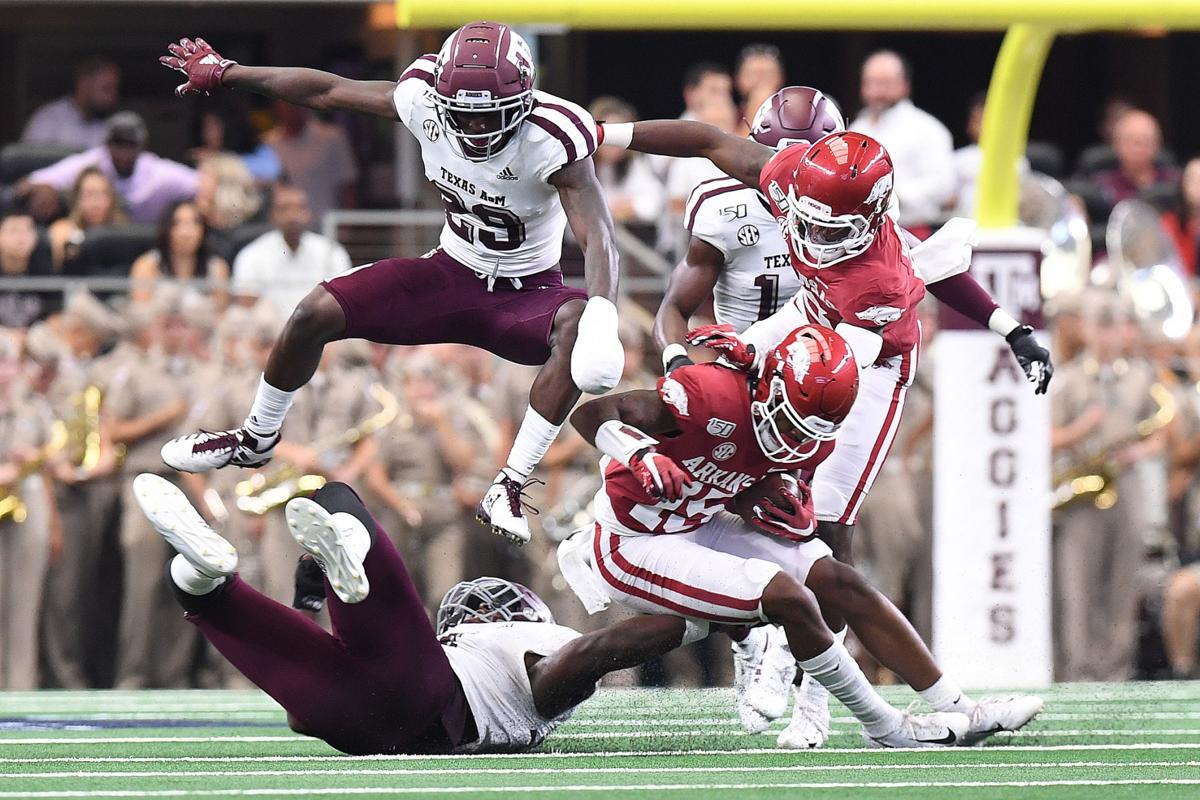 Texas A&M’s Kendrick Rogers, center, celebrates with teammates after catching the game-winning two-point conversion pass in the Aggies’ 74-72 seven-overtime victory over No. 8 LSU on Saturday at Kyle Field.

Both junior wide receiver Kendrick Rogers and cornerback Debione Renfro announced on social media that they will forgo their senior seasons in favor of a chance at a professional career.

They join defensive tackle Justin Madubuike and wide receiver Quartney Davis as Aggie players set to take their shot at the 2020 draft.

Rogers, a Rivals three-star recruit, had a knack for showing up in A&M’s biggest moments. His career high 120-yard performance came against Clemson in 2018, when the Aggies came within a two-point conversion of upsetting the Tigers in Kyle Field. The 6-foot-4 receiver followed that with a key hand in A&M’s seven overtime win against LSU, catching two touchdown passes and two two-point conversions in the extra frames to push the Aggies to the 74-72 win.

After a quiet junior season, Rogers finished his A&M career with 786 receiving yards and seven touchdowns on 68 catches.

“This program has helped me grow as a player, as a student and as a man,” Rogers said in his social media post. “I have been so blessed to call Aggieland home and I will forever be thankful for all the memories I made with my teammates.”

Renfro started in five games this season for the Aggies and saw action in 10 total games in a cornerback corps that saw steady rotation through the season. He finished his career with 123 total tackles and 14 passes defended, after exiting Pearland High School as a 3-star recruit.

As the season progressed, Renfro found himself behind junior transfer Elijah Blades and junior Myles Jones, until Blades’ season was ended early with a shoulder injury.

“This has been a dream of mine for as long as I can remember and I am ready to begin this journey to the next level,” Renfro said in his post.

While the Aggies have lost two starting receivers to professional aspirations, junior wide out Jhamon Ausbon announced Tuesday he would return for his senior season. Ausbon paced the Aggies in receptions (65) and receiving yards (862) this season.

“I have so much to learn in order to get better as a player and as a man,” Ausbon said in a Twitter post. “More importantly, my teammates and I have business to finish.”