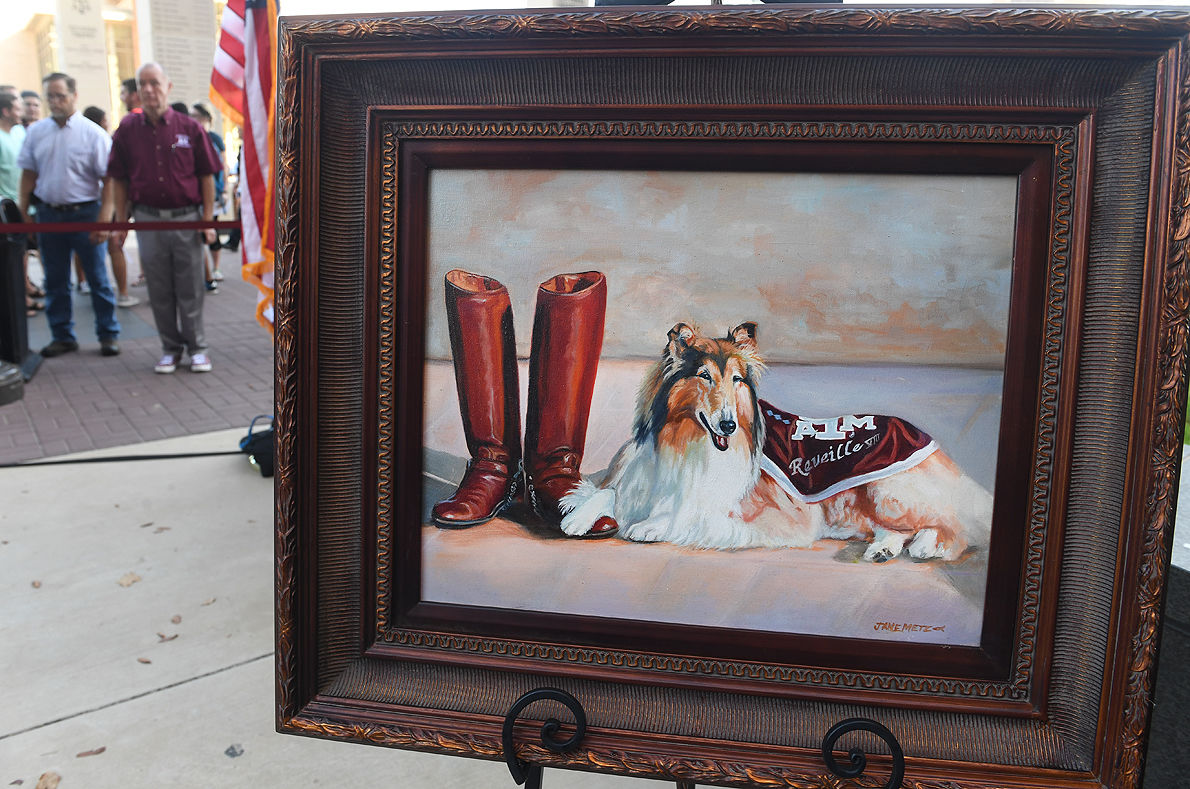 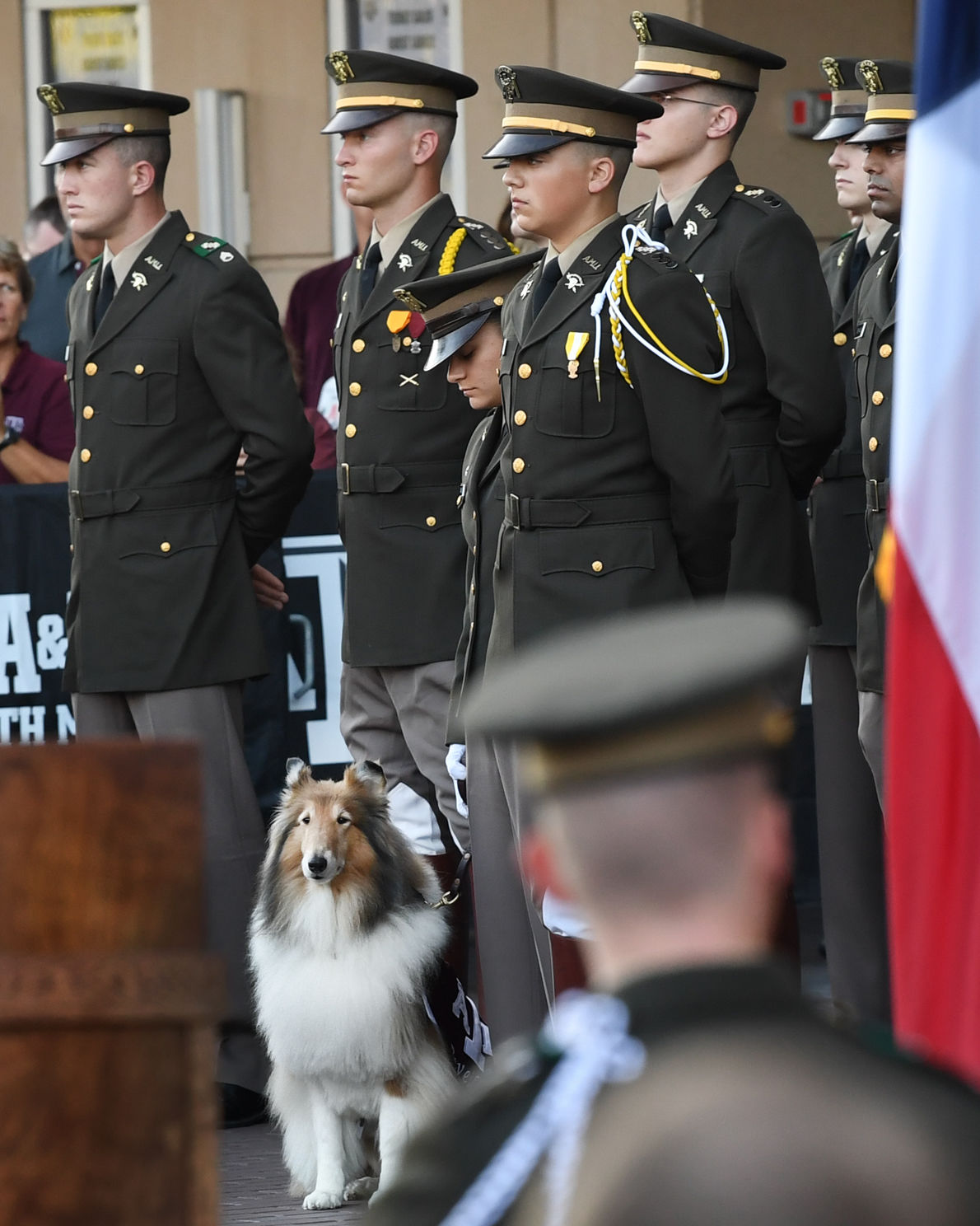 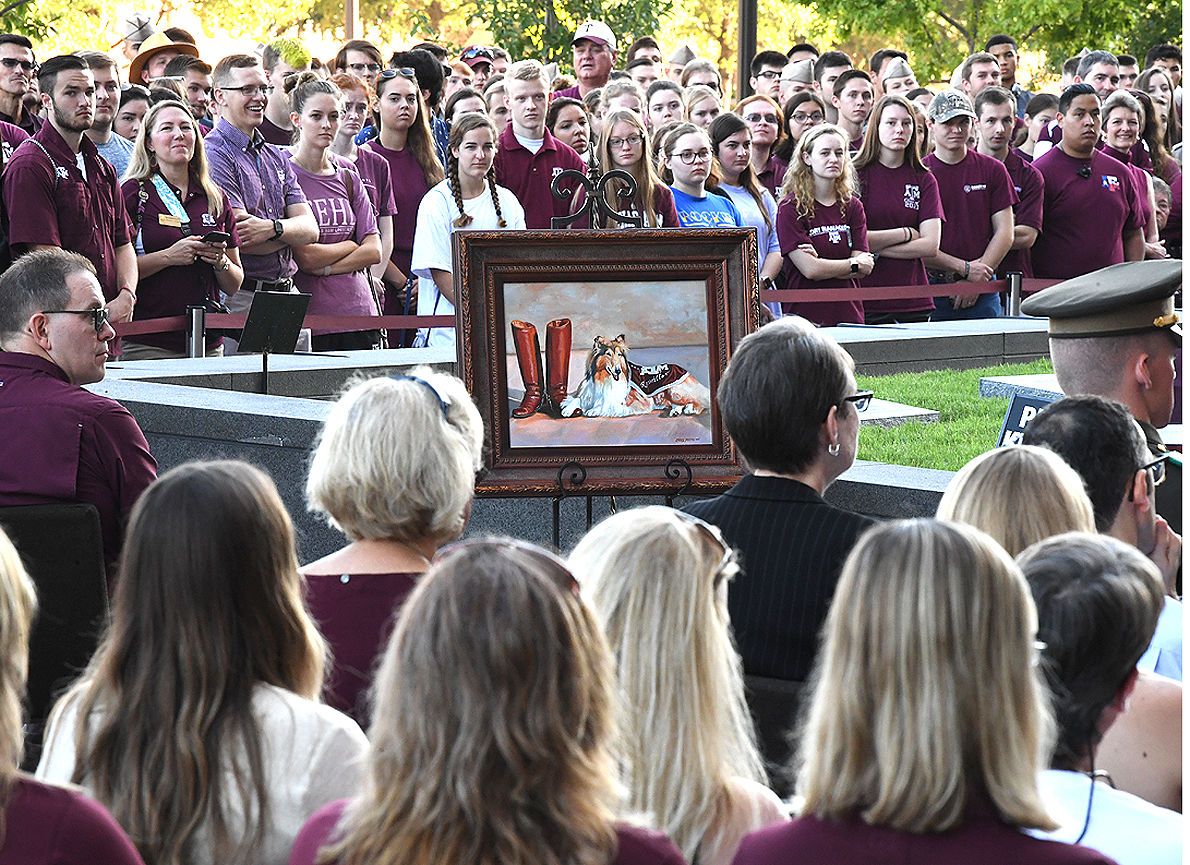 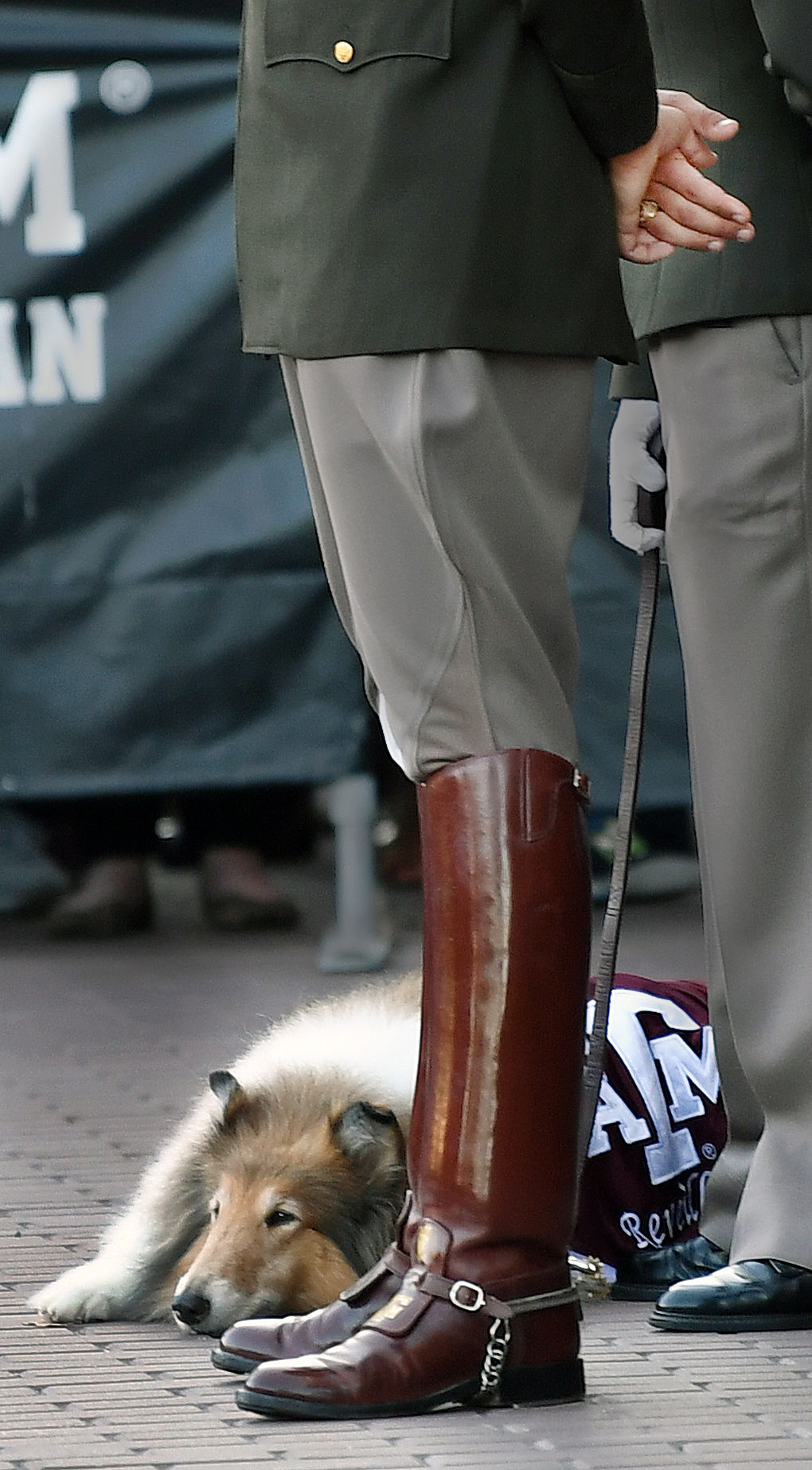 Reveille VIII was buried Thursday morning on the north side of Kyle Field alongside the previous seven Reveilles.

The former “First Lady of Aggieland” died June 25 at age 12. More than 200 people attended the funeral service for the rough collie that served as Texas A&M University’s mascot from August 2008 until her retirement in May 2015.

Reveille VIII, who lived at the Stevenson Companion Animal Life-Care Center on the Texas A&M Campus after her retirement, was born in Topeka, Kansas, and was chosen to be A&M’s new mascot at age two. Reveille is cared for by Company E-2, the mascot company of the Corps of Cadets.

Six of Reveille VIII’s former handlers attended the service. Two of the handlers, John Busch, Class of 2011, and Ryan Kreider, Class of 2017, shared stories of their time with Reveille and her significance to the university.  Kreider famously shielded her from a hit by a Southern Methodist University football player on the sidelines of a game in 2014.

Reveille VIII through the years

Reveille VIII was buried Thursday morning on the north side of Kyle Field alongside the previous seven Reveilles.