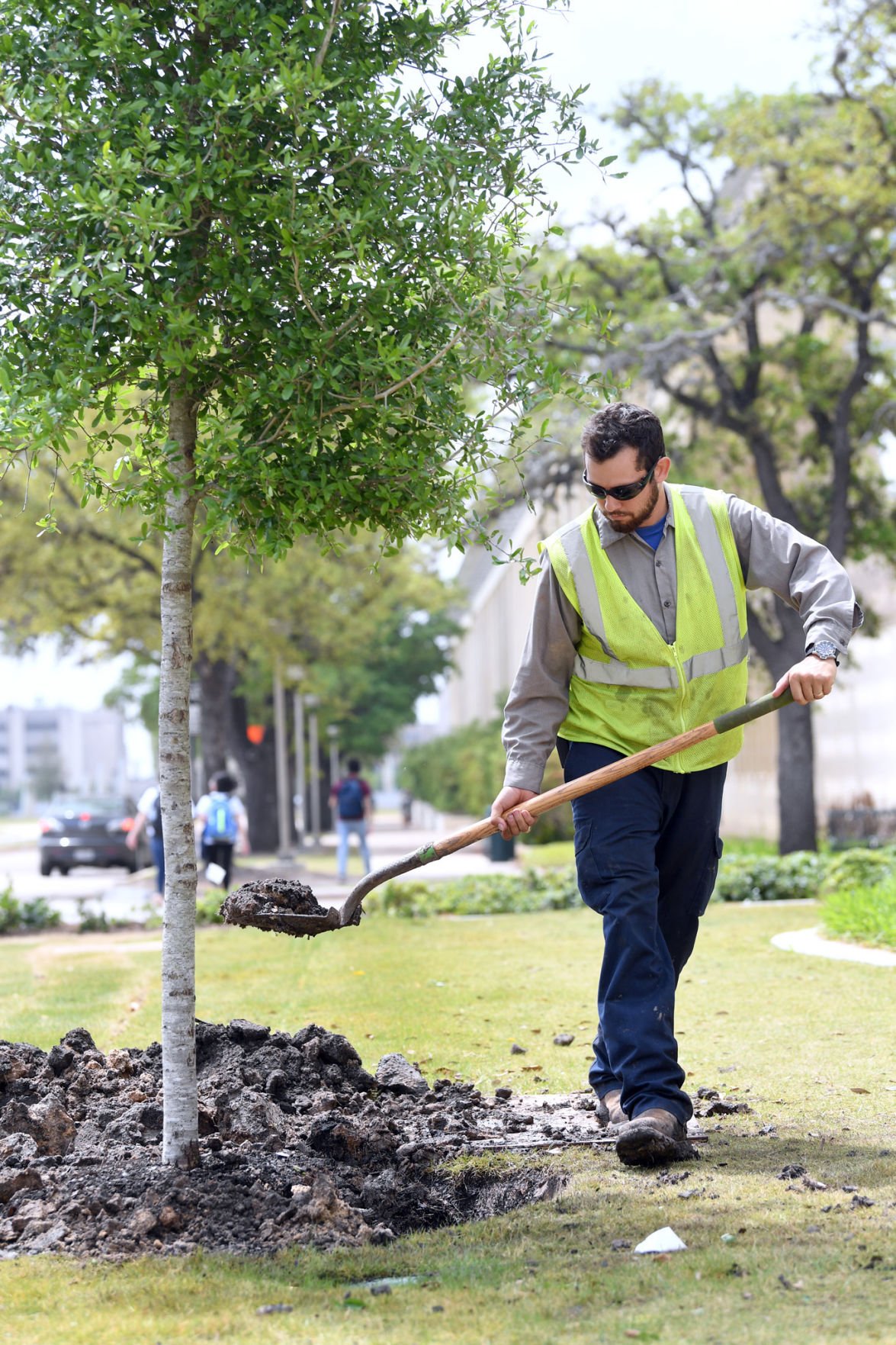 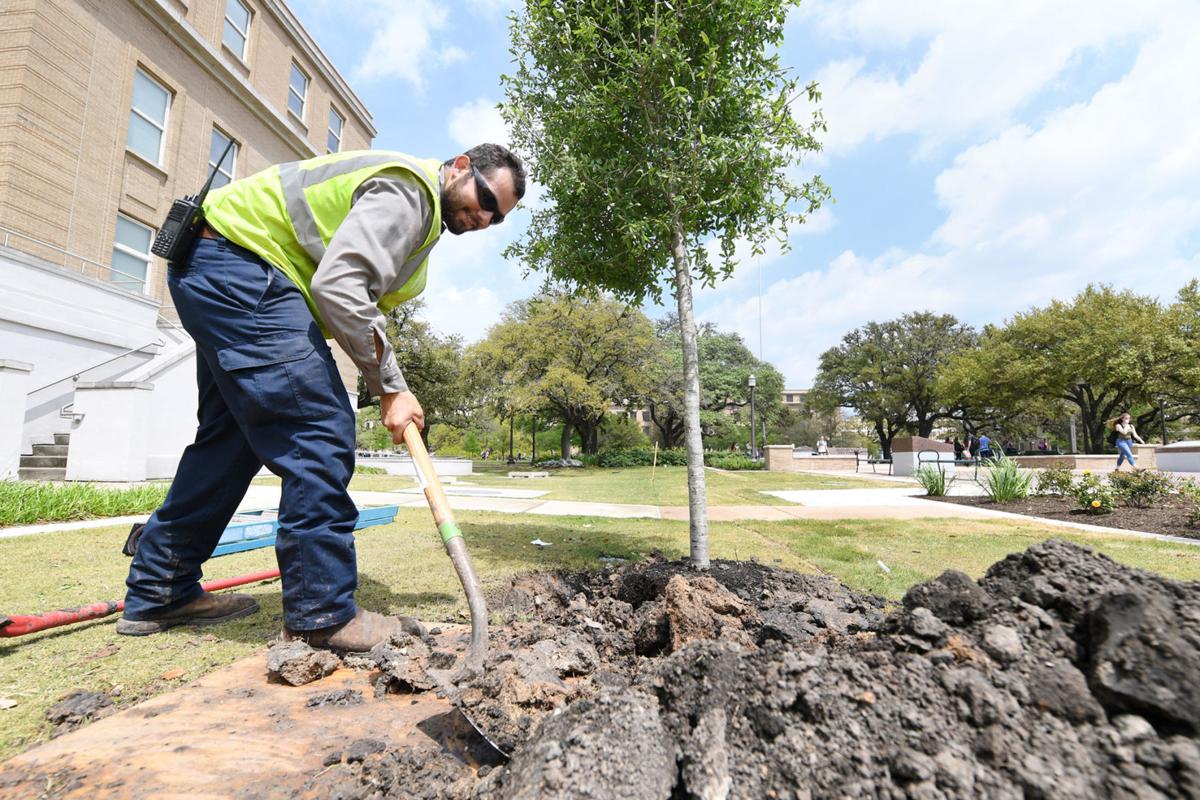 J.J. Aguilar of SSC Services for Education shovels dirt beside a young live oak tree, one of six new trees near Texas A&M's Spirit Plaza planted to replace ones that were in poor health.

J.J. Aguilar of SSC Services for Education shovels dirt beside a young live oak tree, one of six new trees near Texas A&M's Spirit Plaza planted to replace ones that were in poor health.

A large-scale project is underway at Texas A&M University to record data about the nearly 11,000 trees on campus while improving their health and planting additional trees.

With some campus trees — including the well-known and beloved Century Tree — over 100 years old and many in declining health, A&M officials and staff members designed an improvement project to assess and address the trees’ health. Besides age, their health struggles include construction activities, soil issues, disease and water issues.

Phillip Zellner, regional director of operations and grounds manager at SSC, said that campus growth and construction have contributed to campus trees’ struggles — and precipitated the need for a wide-reaching effort.

“We’re planting a new generation and trying to get age diversity in the tree canopy for campus,” Zellner said. “[The effort] is mostly removing trees that are in decline and planting new trees.”

He said the trees being planted on campus are Texas trees grown at a nursery in Canton, and trees that have been removed are being chipped and composted and will be put back on campus.

Sarah Boreen, customer relations manager for SSC Services for Education, said discussions about the best approach regarding the declining trees on campus have been ongoing. In February, she said, work began in Academic Plaza on the tree restoration and replanting project.

Zellner said leaders chose to begin with Academic Plaza because of its visibility and prominence on campus.

“It is one of the most-photographed spots on campus, and prospective students, parents and visitors see it every day. Century Tree is there, and so it makes sense to start there,” he said.

Boreen and Zellner expressed excitement for what the multipronged project will mean for Texas A&M’s trees, the campus’s appearance and its overall health.

“The live oaks that we are planting now will still be around 100 years from now,” Zellner said.

Certified arborists Joseph Booth and J.J. Aguilar are leading the project on behalf of the SSC grounds department, Texas A&M’s facilities and dining administration and the office of the university architect.

Members of the SSC grounds crew consulted with Texas A&M horticulture faculty and certified arborists on the project.

“This is the first time in at least 15 years that we have embarked on a project such as this,” Bill Cox, assistant director of Texas A&M facilities and dining administration, said via a university news release. “Our hope is to be able to do more of these types of projects to improve the overall health and quality of the tree canopy as funding becomes available.”

Zellner said the team of workers is also using ArcGIS mapping technology to record location, type, size, age, height and other data for each tree on campus.

“The documentation aspect of the project is ongoing,” Zellner said.

According to the release, Texas A&M is a Tree Campus USA university, meaning it is part of a program that helps colleges and universities around the country establish and sustain healthy community forests.