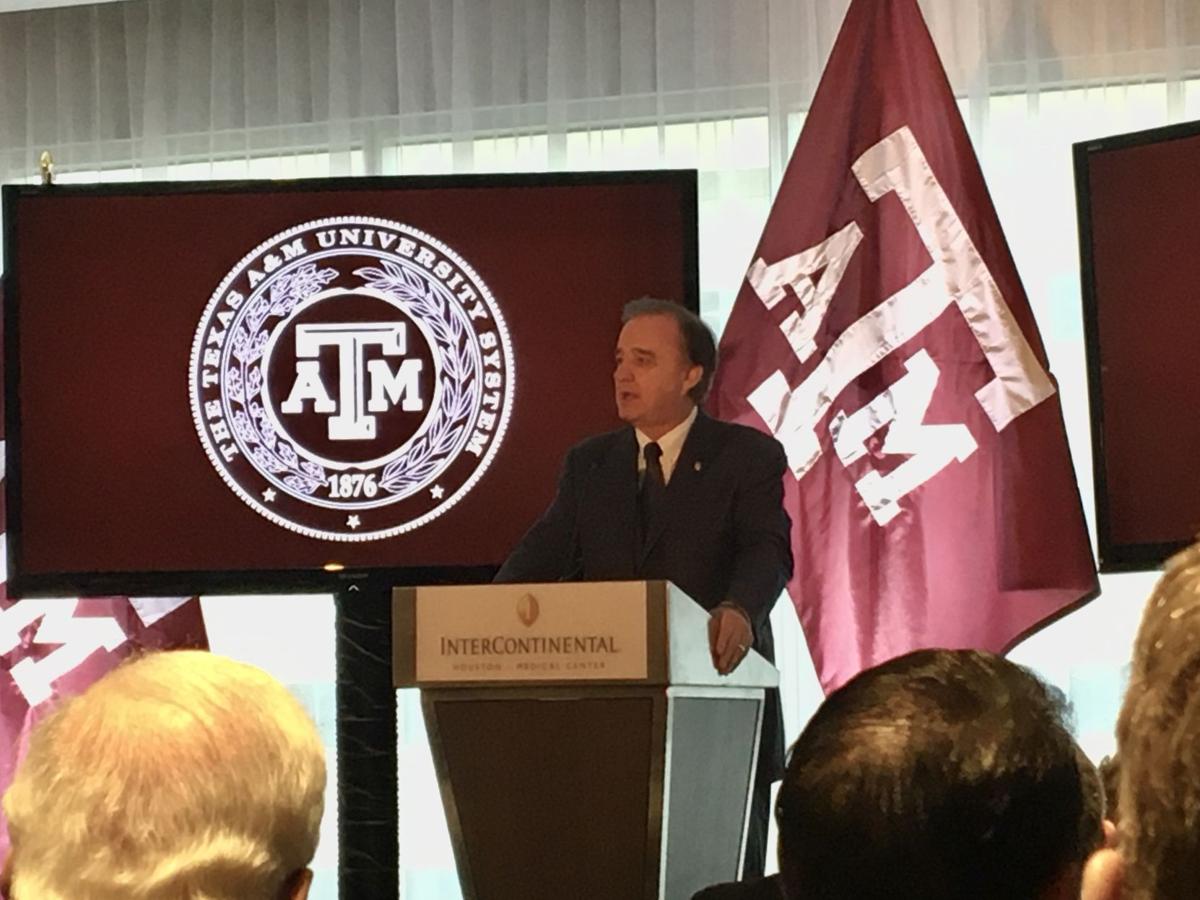 HOUSTON — The Texas A&M University System is building a half-billion dollar complex in the Texas Medical Center that will host the Engineering Medicine program, house medical and nursing students in Houston and provide retail space to the area.

The development project will sit on 5.5 acres of land at 1020 Holcombe Blvd., which the System purchased in 2017. The complex will include three buildings, two of which will be constructed through public-private partnerships. The 18-story building that came with the land will be renovated for the EnMed program, while a new 19-story building will be used for housing and a 30-story one will become a medical office building.

The project will mean EnMed will move out of the Houston Methodist Hospital where it currently operates. Students in the EnMed program receive a master’s degree in engineering and doctorate of medicine. The coursework requires students to invent new devices or processes.

The complex will cost about $546 million, which includes $145 million for the purchase and renovation of the 18-story building and $401 million in private sector money to construct two new buildings.

System Chancellor John Sharp announced the plan to a crowd of stakeholders, EnMed students, elected officials and more on Thursday at the InterContinental Hotel in the medical center.

Texas Medical Center President and CEO Bill McKeon said he believes the innovation that grows out of the EnMed program could help make the center a “medical device mecca.”

The 18-story building will be renovated for students in the EnMed program, which Executive Dean of EnMed Dr. Roderic Pettigrew said has its first cohort of 25 students who started in summer 2019. The renovation is expected to be completed by this summer.

Pettigrew said the number of students for the next cohort will be determined in the spring, but he expects there to be about 30 to 40 students, with a third class that will likely have 40 to 50 students.

He said the new EnMed building will have classrooms, meeting space and a maker space equipped with tools such as simulators and 3D printers.

“What we have here today and what we’re now seeing here is the creation of what I would call a new crucible for medical innovation,” Pettigrew said.

Medistar Corporation is the developer for the public-private partnerships, and System Vice Chancellor of Business Affairs Phillip Ray said they have a 60-year ground lease on four acres of the land. In August the system will receive $500,000 from Medistar for the lease, and another $500,000 next August. When the student housing is in place in August 2022, the developer will pay the first ground rent payment of $3.7 million, which will continue for the next 58 years of the lease. Ray said there is also a profit share that will take effect in about five years. He added that the total potential revenue to A&M is estimated to be an excess of $600 million. After the 60-year lease is up, the A&M System will own all of the property.

The System currently owns the rest of the plot, including the 18-story building that will be renovated for EnMed.

“It is with the wise use of a ground lease that the A&M System will offer critically needed facilities for our students and researchers without burdening tax payers or using public debt,” Chairman of the Board of Regents Elaine Mendoza said.

The upcoming 19-story building for student housing will be 365,000 square-feet, have 572 units, 704 beds and a 1.2 million-square-foot parking garage with 3,444 spaces. A&M medical students and Prairie View A&M nursing students will have priority housing, but students from other institutions could fill remaining spots. Construction should begin around October and is scheduled for completion by June 2022.

Ray said that A&M and Prairie View students will receive discounted rates on housing and parking. In 2022, a 480-square-foot one bedroom and one bath apartment, for example, will cost $1,400 compared to typical costs of comparable living areas that are currently charging closer to $2,000 or more.

First year medical student in the EnMed program Cailin O’Connell said that she discovered EnMed around the time when she was considering MD, PhD work.