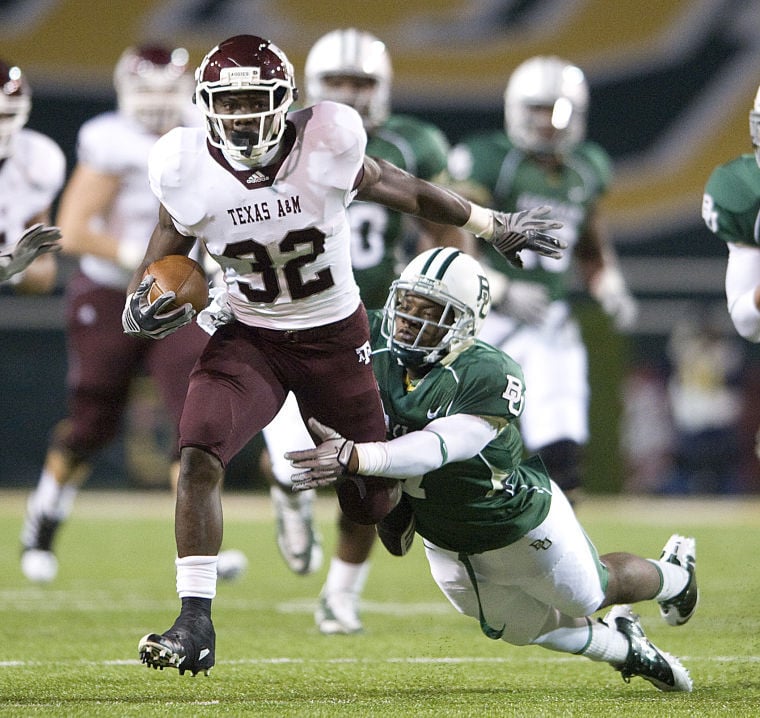 Bio: Gray capped a successful college career in the latter portion of the 2010 season, after Christine Michael went down with a leg injury. During the Aggies’ six-game winning streak to finish the season, Gray rushed for more than 100 yards in every game. He gashed Texas in the season finale for 223 yards and two touchdowns. He was drafted by the Kansas City Chiefs in the sixth round of the 2012 NFL Draft 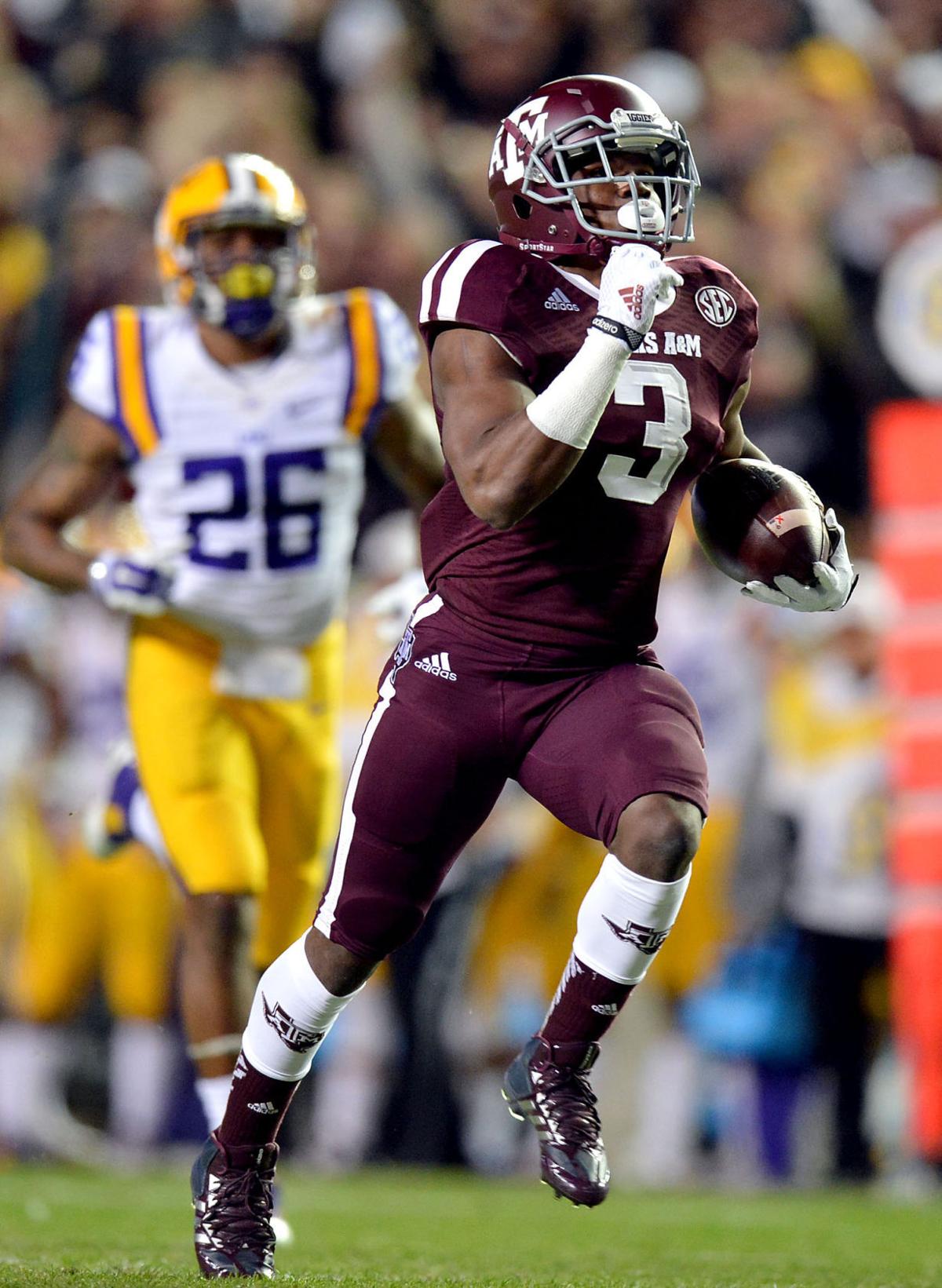 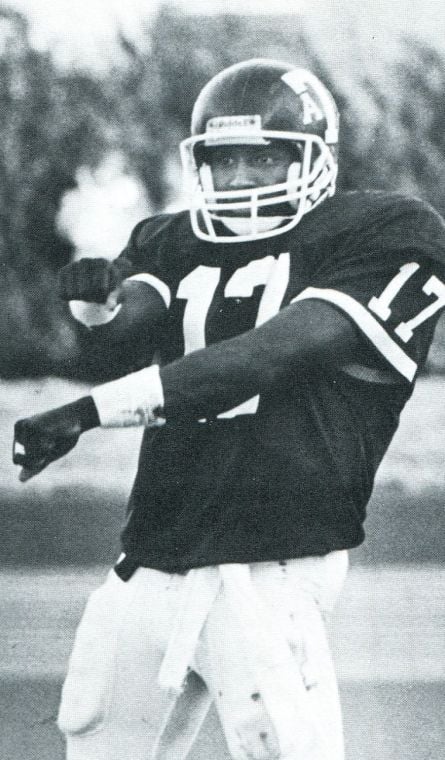 Courtesy of the Aggieland yearbook
3

Bio: A deep threat as a wide receiver, Harris was a big-play target of Kevin Murray. He also was a successful punt returner during the Aggies’ three-year run of SWC dominance in the late ‘80s. He holds the fourth- and sixth-highest outputs in a single game in program history. He had 123 return yards against Louisiana Tech in 1987 and he had 108 return yards against Arkansas that same season. 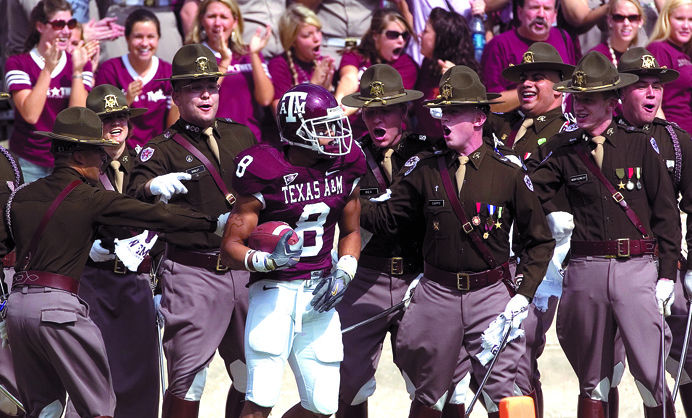 Bio: A wide receiver with plenty of speed, Franks was the team’s kick returner going into the 2006 season. He helped transform the Aggies from the No. 109 unit in 2005 to the No. 2 unit in 2006. He ran back a 99-yard kickoff for a touchdown against Texas Tech and he averaged 27.7 yards per return. 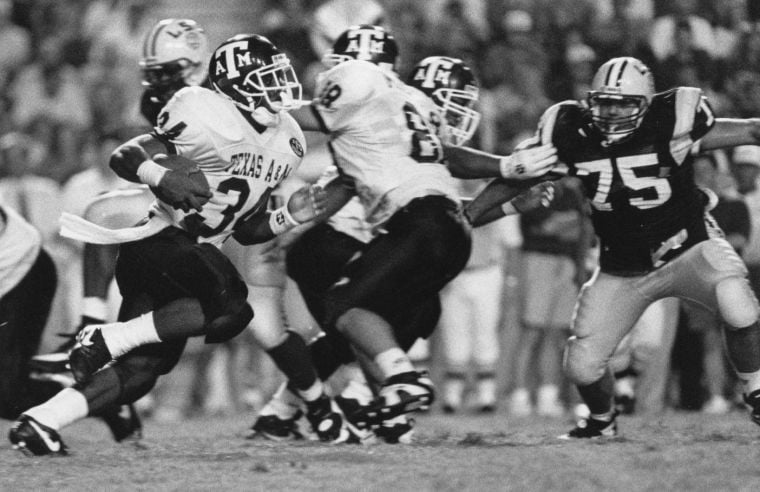 Bio: McElroy was the speedster option in sharing the load with Rodney Thomas and Greg Hill during his first two seasons at A&M. He ran for 229 yards in the 1995 opener against LSU. However, following a loss to No. 5 Colorado, the Aggies’ season and McElroy’s Heisman chances sputtered. He missed two games, but still finished with more than 1,000 yards. He still holds the school record for average all-purpose yards per game with 135 yards. He was picked by the Arizona Cardinals in the second round of the 1996 NFL Draft.