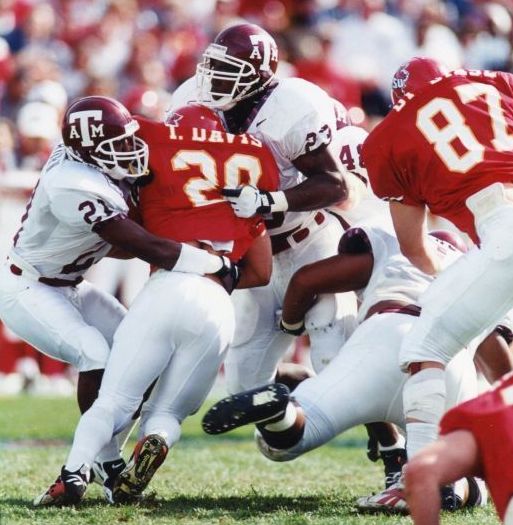 Keith Mitchell was an All-American linebacker in 1996. 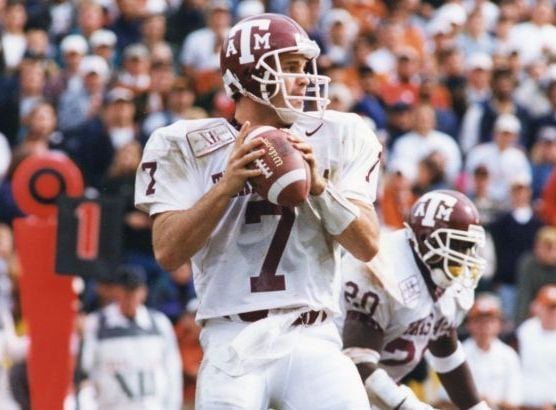 Branndon Stewart, a transfer from Tennessee, took over the quarterback reins in 1996.

It was the first season of the Big 12. Transfer quarterback Branndon Stewart took over for Corey Pullig, the winningest quarterback in program history (33-6-1). But A&M's first stint in the Big 12 was a rocky one. A season-opening loss to BYU gave way to one of the more shocking losses in program history: The No. 25 Aggies turned the ball over eight times — including four interceptions from Stewart — in a road loss to Southwestern Louisiana.

The team, it seemed, never recovered. A&M lost to Colorado, Texas Tech and Kansas State to move to 3-5 going into the latter portion of the schedule. The Aggies ran off three straight wins over Oklahoma State, Baylor and Oklahoma. However, the team was blown out 51-15 by Texas as Ricky Williams ran for 150 yards and James Brown threw four touchdowns.

A&M finished the year 6-6 and 4-4 in conference, while UT won the inaugural Big 12 championship. Stewart finished his first season in College Station completing 49 percent of his passes and throwing for nine touchdowns. For the first time in Slocum's tenure and the first time since 1984, the Aggies failed to have a winning season.