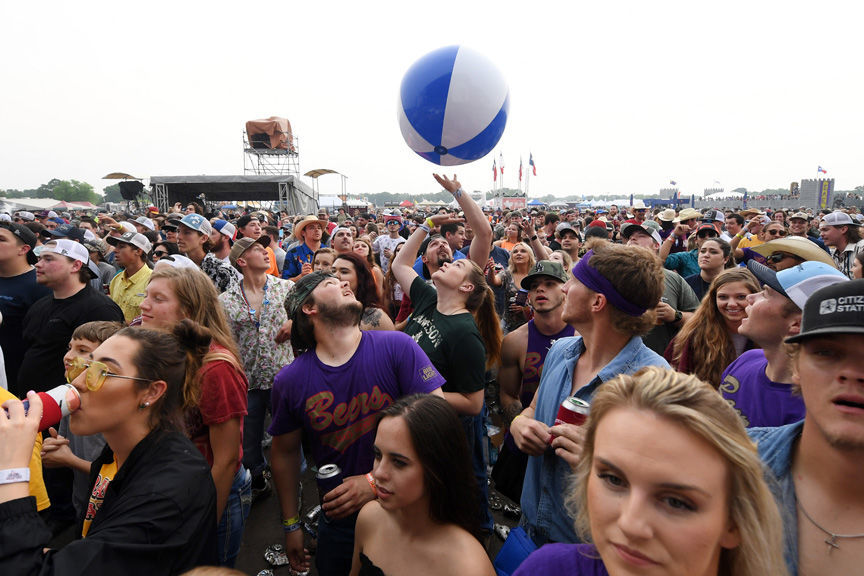 One of several large beach balls bounces around the crowd gathered to watch Whiskey Myers perform Saturday during Chilifest in Snook. 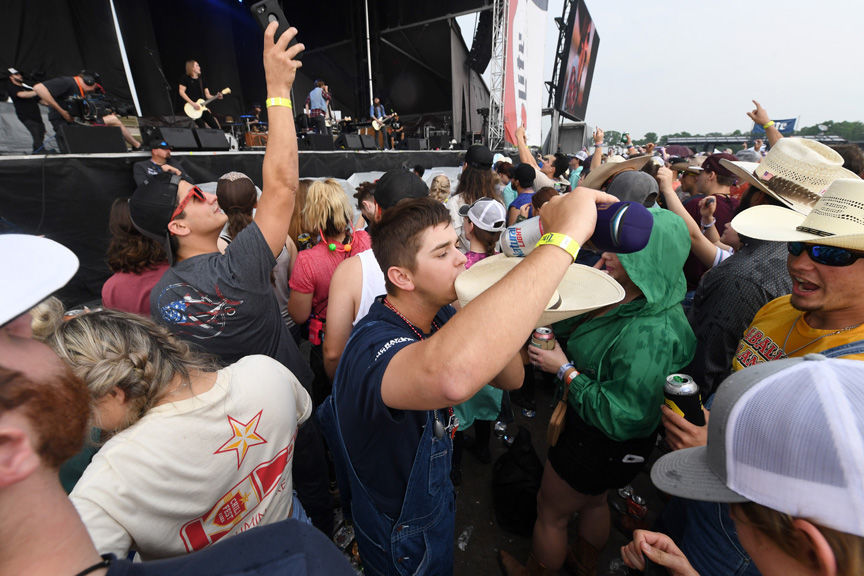 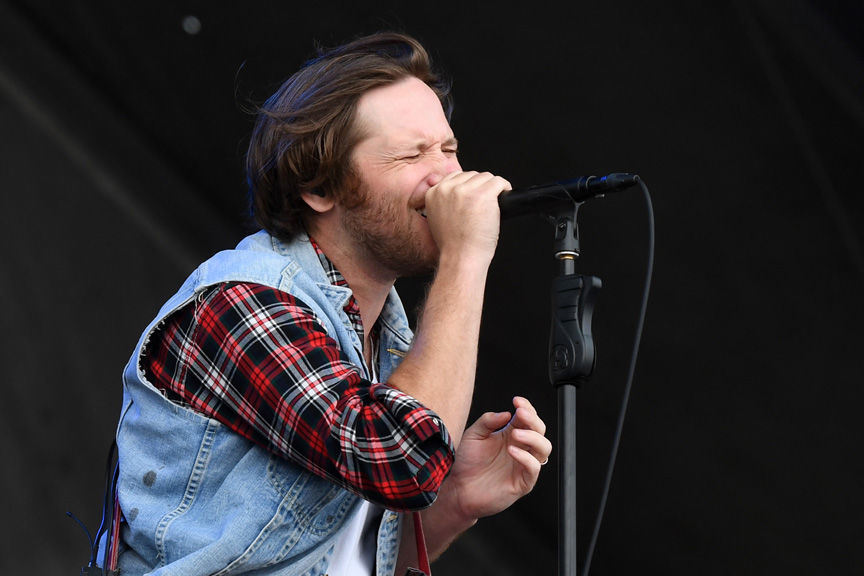 Cody Cannon of Whiskey Myers performs Saturday on the Chilifest stage for thousands of attendees at the annual music festival in Snook. 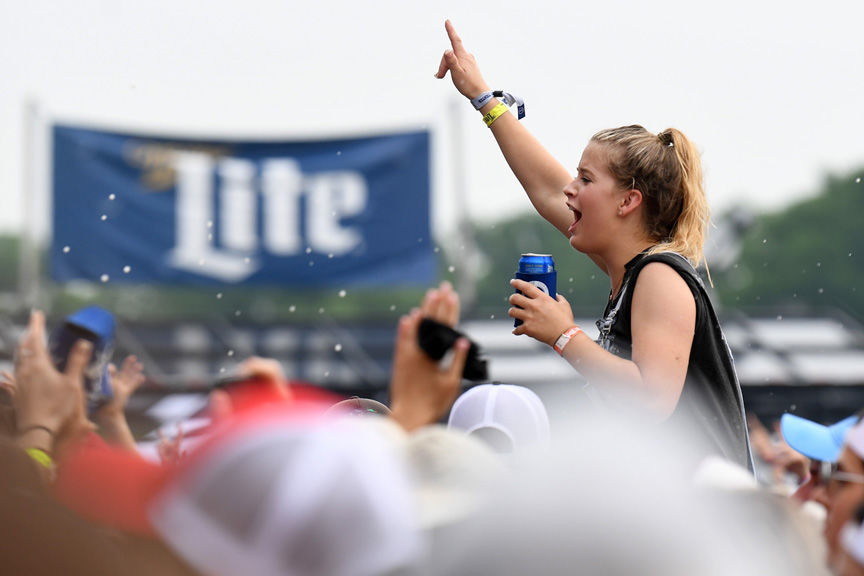 A Chilifest attendee watches a performance by Flatland Cavalry on Saturday during the music festival in Snook. 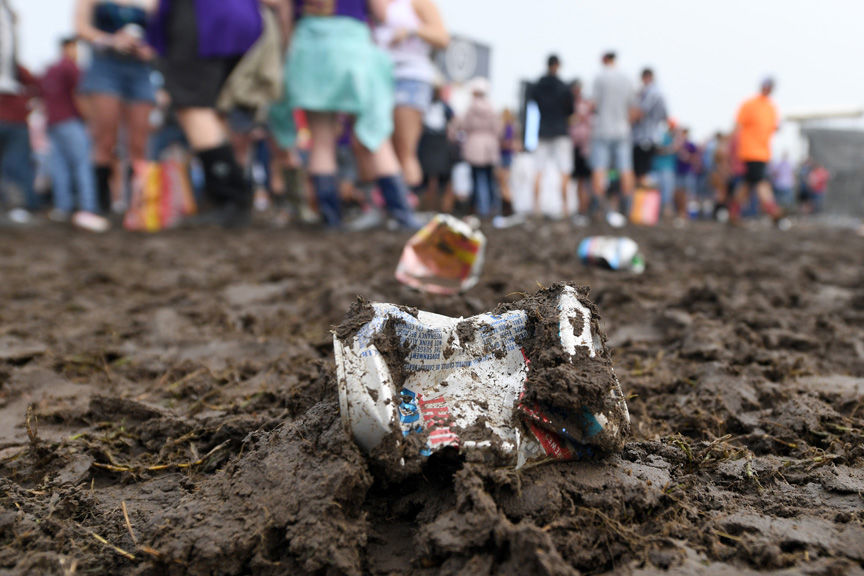 An crushed beer can lies in the mud on the Chilifest grounds following a morning downpour on Saturday.

One of several large beach balls bounces around the crowd gathered to watch Whiskey Myers perform Saturday during Chilifest in Snook.

Cody Cannon of Whiskey Myers performs Saturday on the Chilifest stage for thousands of attendees at the annual music festival in Snook.

A Chilifest attendee watches a performance by Flatland Cavalry on Saturday during the music festival in Snook.

An crushed beer can lies in the mud on the Chilifest grounds following a morning downpour on Saturday.

Late-morning downpours may have saturated the pasture of the Starlight Ballroom in Snook, but Chilifest attendees weren’t deterred from eating, drinking and enjoying live country music on Saturday.

Toward the festival center, a large white tent protected a set of tables topped with Styrofoam cups filled with the festival’s namesake. Though a chili cookoff has technically been hosted each year, festival organizers said the focus of the event has shifted from the traditional Texas dish to enjoying live music. This year, in an attempt to draw in more serious competitors to the cookoff, organizers made a few changes.

“In the past, the cookoff was informal,” said judge Brian Cottle, a Texas A&M senior. “We wanted to set a precedent, to make this with criteria. We really wanted to have something concrete, cementing [the cookoff] as something that happens. With this new system implemented, the contest will be fair, and we’ll be able to submit some money to charity.”

In past years, criteria for judging chili was more undefined, and winners of the cookoff received only a trophy. This year, judges analyzed submissions based on color, aroma, consistency, taste and aftertaste.

For each winning team, Chilifest organizers plan to match the prize money with a donation to the group’s charity of choice.

Cottle said entries also were required to have no beans and to be cooked onsite.

Originally, 12 teams registered to compete this year, though only eight teams showed up to be tested by 12 student and alumni judges early Saturday afternoon. Of the eight entries, Cottle said he saw both disappointing results and delicious success.

One massive group of Chilifest-goers, the “Bad News Beers,” consisted of 600 members but only two chili cooks — Texas A&M juniors Riley Stock and Chris Demny, who were a little new to the chili game this weekend, citing this past Monday as the first time they had tried to make the dish. Ultimately, Stock said, he and his best friend Demny love cooking together, and they had some tricks up their sleeves to make their entry particularly tasty.

“We woke up this morning at 7:30 a.m. and we started cooking,” Stock said. “... We fried some bacon for the grease only, to have a little breakfast meal in [the chili]. We had tomatoes, taco sauce, beef, onions, etc.”

Trey Moy, a Texas A&M alum living in Wellborn, was part of a group of 27 TAMU graduates from the early 2000s who regularly return to Chilifest and often compete in the cookoff. This year, Moy’s friends sprinkled Shiner beer and Red Bull energy drink into the mix. He noted after turning in his entry that everyone who tasted the chili complimented it.

“We used ground brisket instead of chuck, and some fire-roasted tomatoes went into it,” Moy said. “We always sprinkle some excellence in there. ... We’ve just been changing it over the years.”

It’s time to bring the chili back to Chilifest.

After word spread that those registering teams for the Chilifest music festival on Friday morning received documents stating the organization wanted to restrict participants from bringing in their own alcoholic drinks, a social media backlash ensued.

Always something new cooking at Chilifest

For 28 years, Chilifest has brought those who love country music, chili and beer together for a two-day party in Snook that benefits more than 30 local organizations in the Brazos Valley.

Chilifest Inc. presented more than 20 local organizations and charities in the Brazos Valley with donations totaling $171,000 Wednesday afternoon at Chimy’s in College Station.

Update: Chilifest President Hunter Koch said Friday afternoon that the policy has been amended to allow participants to bring their own alcohol or purchase it through the presale to be delivered onsite.